The thing I never liked about Italy is the wine. The fact that this pretty corner of the world is remembered and celebrated also because of the wine makes me feel really uncomfortable. I always talk the contrary about Italy, that it is not true that the wine is so famous and exalt instead other kinds of interestingness and beauty (which Italy does not miss actually!). When somebody here approaches me praising Italy for the wine I use to give him a burning look and start to tell how dangerous is the wine instead. Why the Italians should be signaled as the ones who indirectly annihilate the senses and the consciousness? Why can’t they be indicated as the ones who bring forth awakening of the consciousness instead? Wouldn’t that be superior and more dignified? 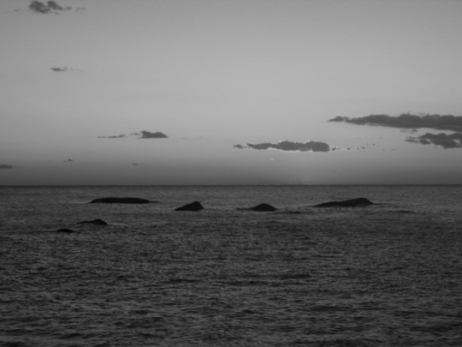 The island I come from in Italy was called Aenaria (the sea in the picture), after the Latin people, that means “Island of the wine”. There is so much green still left in this little pearl and plenty of vineyards cultivated over there. They are used by the locals to make wine and sell it. A big section of the economical proceeds in Italy are drawn from this fragile activity.

The 2007 it has been a special year for the Italians because Mother nature has come to protect them and shock their economy for the better. The weather has changed up to the point that the grapes were not mature enough to produce wine in large quantities: the reason why some ignorant group of people out there is doing its best to increase the prices and so on. But these people will disappear with the time and nucleus of other people whose only desire is to bring light and awareness to the economy will slowly take its own place. It has to be like that if we really want to live in a Shining world. Otherwise let’s be very happy and satisfied with ignorance and blindness. Like in the medieval times. What do you say?